I wrote this post over four years ago – and I’m still at the same company where I got my first real US job.

One recent Thursday my first task of the day was spending an hour at my local elementary school helping a first-grader with reading, and then consoling him when he burst into tears after some perceived injustice. My second task involved changing from jeans into interview-attire and walking to an office in Pasadena where I had a five minute job interview with the president of a billion dollar project. I then hurried to a sandwich shop, bought lunch and changed into my third set of clothes for the day, got the bus across town to my third task of the day – spending five hours helping to deliver Christmas presents with a driver who chose that day to tell me he is a part-time magician.

Being under-employed certainly makes life interesting but thankfully that was the last day in nearly three years that I was looking for work.  I finally have a ‘proper’ job – one with an annual salary and with benefits!

Below I describe, in my usual amount of nauseating detail, how everything work-wise turned upside down for me once we made the decision to move to the US.  I hope this post will be of help to other international spouses struggling to find work.

For those who don’t want to read my ramblings below, here’s the summary of my hard-won advice:

My main advice to international spouses who want to work is this:  don’t be afraid to take ANY job or volunteer position, however ‘not you’ it may seem. First of all, you’ll get out of the house (away from all that cleaning that apparently needs to be done), second you’ll meet some new people, third you’ll get a local reference (no employer wants to phone overseas to check a reference), and fourth you’ll absolutely, definitely, learn something about the US. And lastly it might actually benefit your CV.

Almost three years (2012) ago I gave up my job in Australia so we could move to Boston. What I didn’t realize was that would be the last time I felt challenged and earned more than $10/hr (effectively) for some considerable time. And until I was long-term unemployed, I never realized how much my identity was dependent on feeling valued at work. This is a trap international spouses can fall into and one that leads to endless cleaning of the house and other ‘useful’ tasks.

Here’s a summary of what I’ve been doing since we arrived in the US. All of my volunteer, internships and jobs were part-time and I’ve listed only the ‘highest paid’ job at any given time:

One thing that stopped me in my tracks when we first arrived was waiting for my work permit. Even though it “only” took two months, I didn’t feel I could even apply for jobs without it: BIG MISTAKE. I lost my momentum and didn’t get it back for a long time.

My plan while waiting for my work permit was to volunteer. I then planned to graduate to an internship then graduate to a real job. So, I volunteered at the Museum of Science, and I volunteered with the Harvard spouses group – happily enough, both were connected with my interests, and both kept me busy and allowed me to meet some new people.

After some months of housewife/volunteer I retrained as an English teacher and was hired immediately – my first Massachusetts dollars, ten months after we arrived. After about nine months, at the end of the summer, the teaching work dried up and two internships came up at the Museum. After about six months my internships finished and I was ready to start thinking about getting a job at the Museum — but then we decided to move to California.

In Pasadena I decided not to volunteer in museums again – I felt I’d ‘done’ that. I also really didn’t want to teach English if I could help it (I wanted to get back to my actual career). I waited two months to get my new work permit (thanks to a new visa), and spent a few months buying and sorting out the house.  Later I volunteered with Reading Partners the local elementary school.

I got back on the job hunting wagon in late August. I applied for all kinds of administrative, events and writing jobs, at all sorts of places – and in the end got offered two interviews out of sixteen applications.

I helped myself in a couple of ways: I joined LinkedIn, and I went to the International Dual Career Network interview workshop and made a few contacts. By mid-November I decided that if I hadn’t found a job by Christmas my next plan was to start seriously networking.

But then, as these things happen, everything came good at once. I applied for my current position just before we went to Australia over Thanksgiving. Because it’s a small world the company I applied to was related my last job in Australia, and so while I was having a great Melbourne coffee with my old boss I mentioned my application.

When we landed back in LA in early December I was energized and ready for action. As I was trawling through my endless list of websites seeing what new jobs had come up, I saw the driver helper job on snagajob. For some reason it really caught my imagination, so I applied, and in less than a week I was chasing around Pasadena delivering packages: my first California dollars. 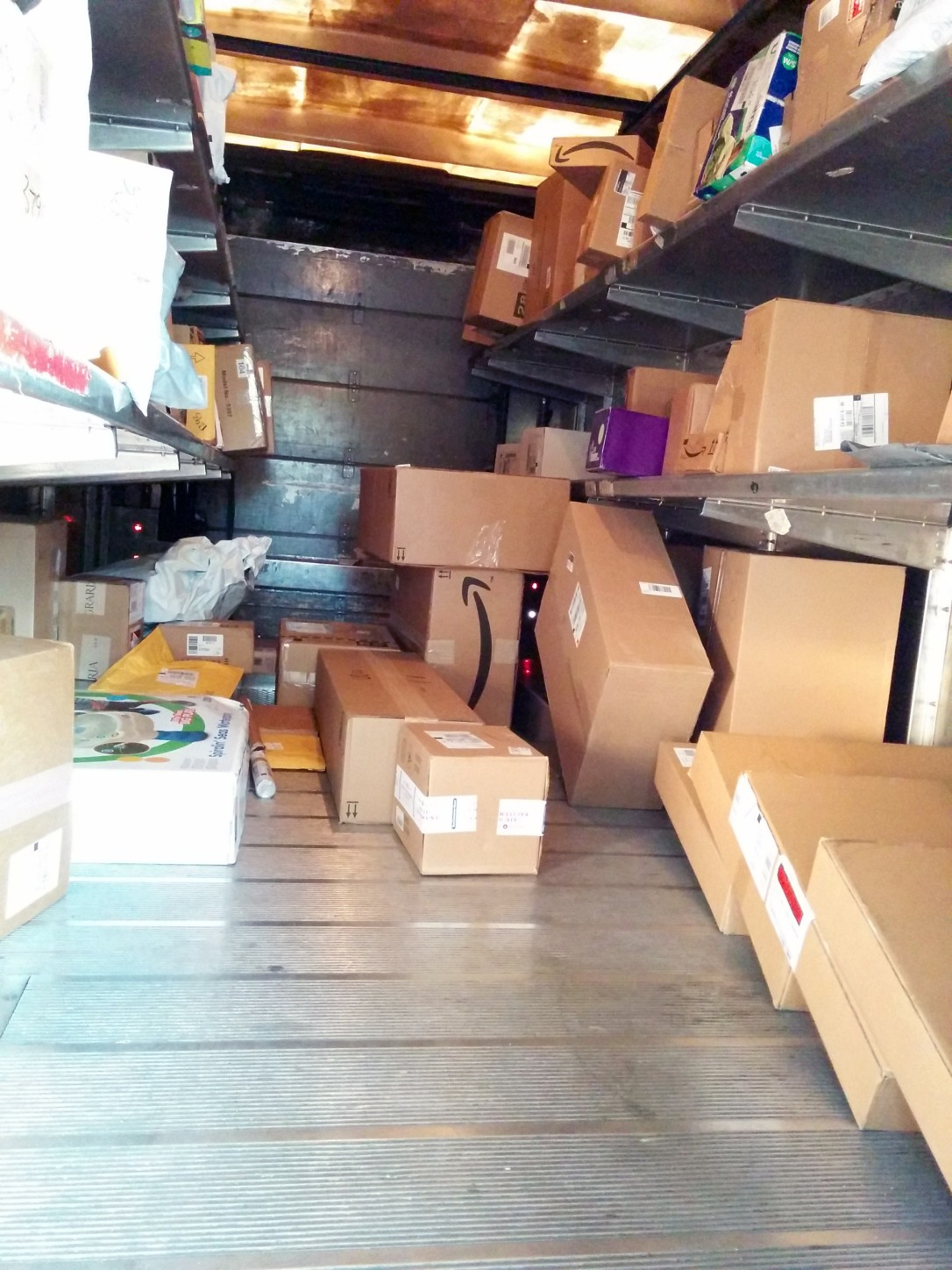 Frankly, at this point I was prepared to devote my career to the first place that gave me work, and the delivery company was looking like it – but then…

…It was on my first day with the delivery company that I got a phone call inviting me for an interview for my current job.

And this is where the Christmas job paid off – not only did it give me back a little of that confidence you have when you’re employed but it gave me something else to worry about at the interview (i.e. how much my feet hurt).

When he interviewed me, the president of the company said, “you’re doing what??” and, “they’re paying you what??”. I was later told by HR that they were pleased I was doing the delivery job because “it showed I was willing to do anything”. I wasn’t entirely sure that was a compliment.

I was offered the job within a week and a half from the first call. There are great opportunities at this company, and it is most definitely ‘me’. I didn’t even start in the position I was hired for – I was immediately put onto something more challenging. There’s a lesson there too.

I’m entirely convinced my hiring was due to this job being connected to my previous work and my being able to give a relevant reference. So my advice comes full circle – keep, and use, your ‘home’ contacts.

The information contained in this site is provided for informational purposes only, and should not be construed as legal advice on any subject matter.